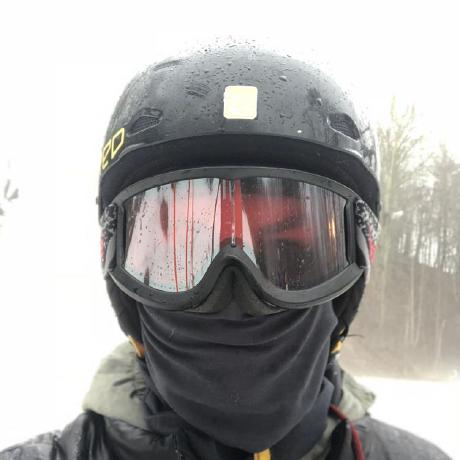 3D Printing to Help my Community

This project initially all started in March, when the Linus Tech Tips team started printing face masks for Operation Shields Up. At this point in time, I didn’t have a 3D printer. I’ve always wanted a 3D printer, but I never really had a reason to go spend a decent sum of money to buy one. A few days went by and I started to research different 3D printers to see which ones are afforable and good. After asking around, I found the Ender 3 Pro. This 3D printer checked all the boxes: A decent sized print bed, a safe(ish) power supply, and a massive community behind it. So, I decided to buy it. At this point in time, 3D printers were quickly going out of stock and the Ender 3 Pro was also getting very low on stock, but luckily Micro Center had a few in stock, as long as you went in store. So, after an online purchase to reserve it, I drove down and picked it up.

Now that I had the printer, I assembled it and began to start printing. Operation Shields Up recommending printing Prusa’s design on PETG, so I did that. Unfortunately for me, there were 2 issues that I didn’t see when I first got started. The first issue is that my printer was not tighened enough. The printer has an X, Y, and Z axis, and one of the belts on one of these axis were not tightened enough. This caused multiple of the masks to come out with gaps, unfortunately after asking the community I found that it was not recommended to send in these masks. After I tighened the belt I did make a few masks for OpShieldsUp. Another hidden issue is that the Ender 3 is not very good at printing PETG, especially at fast speeds. PETG is very flexible, but it also strings very easily. Both of my issues can be seen here:

I ended up sending a small batch of masks, but after this I realized my time would be better spent serving my own community in the cause.

Instead of printing the Prusa design that was very tall and took a lot of resources, I decided to print a design from ONX, which is nearly the same thing but was much, much thinner and easier to print. Since I no longer had to follow strict rules of materials and certain settings, I switched to PLA, which is much easier to print and much easier to work with. By switching to the new design and material, I was able to print many more masks and do it much more quickly.

My initial idea was to print masks for a local hospital, but they eventually got masks from a college before I was able to complete the work. After printing over 20 masks, I took a break from printing and decided to see who else wanted help. Recently, my school reached out to me to possibly print face masks for the staff.

I am currently working with my school to sort out creating and distributing masks, but if you would like to help out a large amount of people, I would highly recommend donating to Operation Shields Up. Right now Operation Shields Up has enough facemasks to help out the hospitals they work with, but even if they have enough material, they can always use a donation to help with logistics and helping out the country.